College football season is right around the corner, and Auburn is abuzz with a tangible spirit that comes along at about this time every year. Being in a college town, it’s fun to observe the excitement building around the city and at Auburn University up to the first kickoff and throughout the entire season. Our team, though based in Auburn, has a great mix of college alums from across the country, and we’re all wearing our College Colors today! Learn more about some of our alma maters and how we predict our teams to fare this season:

Jessie King, Owner, Communication Director
College: Auburn University
Degree(s): B.A. in Public Relations and a M.S. in Mass Communication with a concentration in Qualitative Research and Argumentation
Favorite Auburn memory: Being in the front row at the end zone where Chris Davis scored the winning touchdown in the “Kick Six” Iron Bowl game in 2013.
Football team prediction: Not quite sure how this football season will go, but hoping for the best and for a few fun home games!

Kevin Smith, Owner, Creative Director
College: Auburn University, B.F.A. Graphic Design & Louisiana Tech University, M.F.A. Communication Design
Favorite thing about your Auburn years: I would say the atmosphere around campus and Fall semesters at Auburn were my favorite.
Football team prediction: I hope Auburn does well this year…it seems if Auburn is ranked too high pre-season we tank, and if we are ranked mid to low, we seem to do alright. Louisiana Tech is often Auburn’s homecoming game, so that pretty well sums up my other alma mater. Although, they have done surprising well in their conference the last few years.

Katie Belz, Project Manager
College: University of Tennessee – Knoxville
Degree(s): B.S. in Mathematics with a concentration in Advanced Calculus
Favorite thing about her alma mater: Big Orange Fridays, where everyone on campus wears orange on Fridays. It’s great to be surrounded by so much school spirit year-round, not just on game days. The students, professors, staff, gardeners…everyone participates and it is fun to see how creative people get beyond just wearing t-shirts.
Football team prediction: I have learned that it makes no difference how we fare in football, it is still great to be a Tennessee Vol!

Kelli Hartsock, Project Manager, Operations Lead
College: Ball State University
Degree(s): B.S. Journalism, minor in Speech Communication and Marketing
Favorite Ball State memory: When I was a senior, our basketball team made it to the Sweet 16, AND we were also ranked the 18th best party school in the country. I had fun in my sorority and the overall experience was wonderful.
Football team prediction: Does Ball State have a football team? Just kidding! I don’t follow the MAC conference since now we’re in SEC country.

Mary Catherine Banister, Senior Account Specialist, Social Media Lead
College: Auburn University
Degree(s): B.A. in Public Relations with minors in Business and Spanish
Favorite Auburn memory: My senior year at Auburn was incredible – both of my younger brothers were also students, so we were all on campus at the same time. We had an amazing football season, I loved all of my PR classes and I just had the best time spending my last year in school with my amazing friends and now-fiancé. I wasn’t quite ready to leave when graduation rolled around…which is why I moved back three years later!
Football team prediction: I never set too high of expectations for our team because I never know what the season will be like. But I’m excited and optimistic for this season, as always!

Cassie Montgomery, Senior Account Specialist, Messaging Lead
College: California Polytechnic State University, San Luis Obispo (Cal Poly SLO for short)
Degree(s): B.S. in Journalism with a PR concentration
Favorite college memory: Some of my favorite college memories took place in the Mustang Daily newsroom where I was on the editorial staff my senior year. Juggling late nights, deadlines and a full course load made the year fly by so quickly! Cal Poly is also where I met my husband while we were both students and where I made some of the best friends a girl could ask for!
Football team prediction: Cal Poly isn’t really a big football school but they ended last season with a winning record. Here’s hoping they come out on top of the Big Sky Conference this year. Go Mustangs!

Lillian Parker, Account Specialist, Analytics Lead
College: Auburn University
Degree(s): B.A. in Public Relations and B.A. in Spanish
Favorite thing about Auburn: Auburn’s campus is beautiful. As a freshman, I lived in a dorm on campus and loved calling the gorgeous architecture and abundant landscaping my home. All the way through senior year, the walks to and from class were much more enjoyable with scenic views every step of the way!
Football team prediction: On to vict’ry!

Wesley Coffman, Graphic Designer
College: University of Alabama – Birmingham
Degree(s): B.A. in Art Studio with a concentration in Graphic Design, minor in Art History
Favorite college memory: Late nights drawing in the studio were the foundation to growing into my current field, and led me to be the great designer I am today!
Football team prediction: UAB is definitely up-and-coming, and I think they have a lot of potential.

Emily Talka, Intern
College: Auburn University, graduating May 2018
Degree(s): B.A. Public Relations, Marketing minor
Favorite thing about Auburn: I love how small it feels, especially since it really is not small at all. Students are able to feel connected without getting lost in the crowds. My favorite college memory (well, it technically happened before I started college) is when I went to Auburn for the first time during my senior year of high school. Second favorite: rolling Toomer’s for the first time.
Football team prediction: I don’t know what to expect from my football team this year. Apparently, we’re supposed to be good, but that is said every year, so I don’t know what to believe.

Zoe Hughes, Intern
College: Auburn University, graduating May 2018
Degree(s): B.A. Public Relations
Favorite thing about Auburn: All the traditions the university holds. From rolling Toomer’s Corner, to the Eagle circling the field and Tiger Walk, I feel like you’re never too old to get excited for the events on campus.
Football team prediction: I hope Auburn plays well in football this year. I think it will have a lot to do with our new quarterback, Jarrett Stidham.

Here’s to another exciting college football season and many more opportunities to show our school pride throughout the year.

This is a test 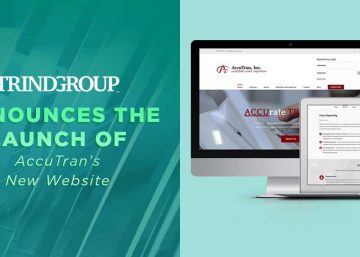 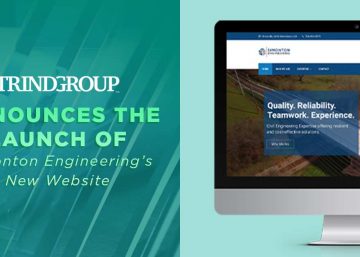 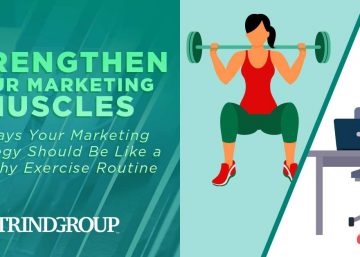 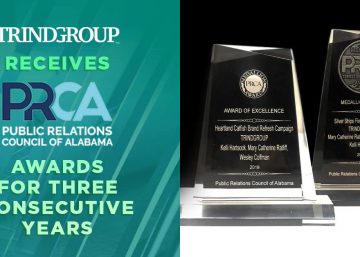 TRINDGROUP receives the 2020 PRCA Medallion and Award of Excellence after showcasing their aquaculture and...