Goodbye Rosie and Thank You for the Girl Power 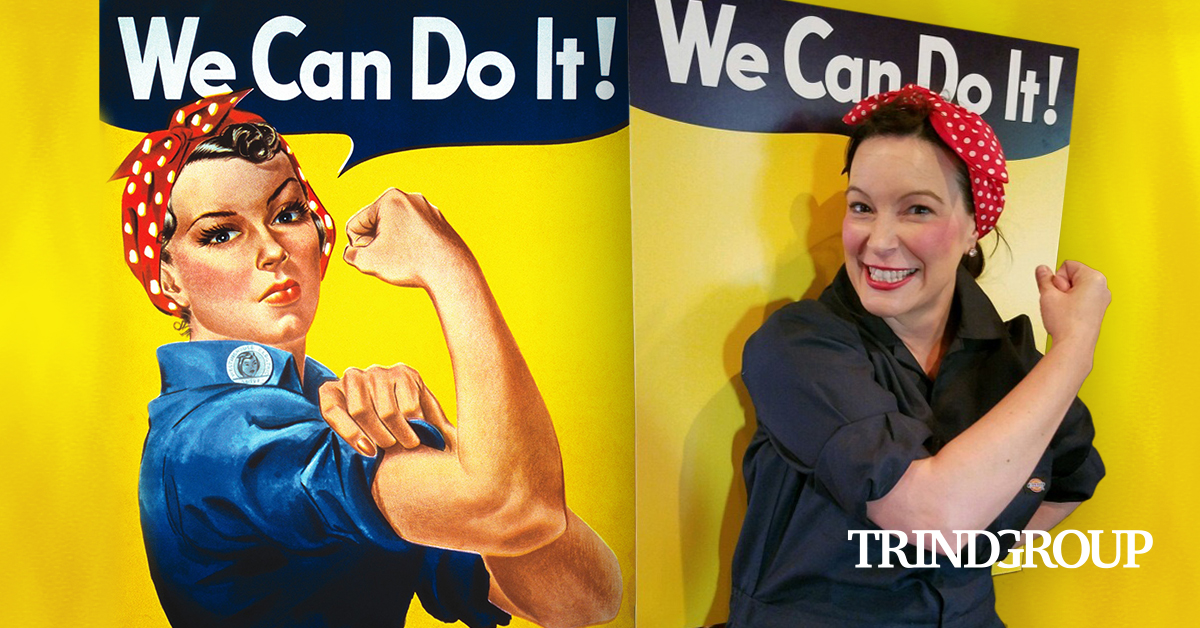 As I was scrolling through my feed a story caught my attention and ultimately saddened me. Roseland P. Walter, better known as Rosie the Riveter, passed away at the age of 95 on Wednesday, March 4, 2020. How was it that a woman in her nineties and a World War II icon, both of which I have little in common with, could have such an effect on my perspective? Well, myself and millions of my women colleagues, who WORK and work daily in industrial settings in a plethora of capacities owe her more than we know.

Quick History Lesson….
Roseland, a native of Long Island, New York, chose to join other women supporting the troops during World War II, according to the The New York Times. At the time, their goal was to arm the troops with munitions, warships and aircraft. Roseland, along with other women took on the once male-dominated duty of working the night shift driving rivets into the metal bodies of Corsair fighter planes at a plant in Connecticut, according to Stephanie Toone of the Atlanta Journal-Constitution. Following a newspaper article and a popular song, Roseland become the now infamous Rosie the Riveter, a representative of overall wearing women who supported the men fighting for the U.S. and the song became an anthem of the war effort. This image of Rosie the Riveter and her story spurred the women’s movement of the first half of the 20th century. 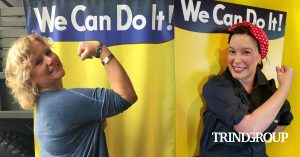 It’s crazy to think that equal rights, equal pay, recognition and often respect in the workplace are topics that women still discuss. But this is the reality in which many of my women colleagues face daily. I scrolled through my feed, reading and liking #internationalwomensday2020 posts and thinking about all the companies who do and are proud to embrace the women leaders and employees within their respective industries, but is this something we only promote on March 8th each year? Luckily for me, this is not the case. I have the privilege of working with and for companies that embrace the women who complete their teams and propel their companies and industries forward.

Gender, or rather my gender, was never something I placed on a pro/con list when I was making choices about upcoming opportunities (Thanks Mom and Dad!). And now, as I daily navigate industrial spaces and the companies who operate within them, I am thankful for the men and women that appreciate and recognize the hard work of their female colleagues and team members. It’s not just working in the industrial sectors that is a challenge, women embrace challenges. Often times it’s the earning of respect beyond gender that I find gratifying because myself and the women I work with bring much to the table and are offered a seat without bias, but acceptance. 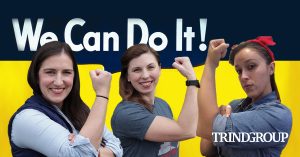 So, thank you Rosie. Thank you for your talents, your patriotism and for your ability to create discussion and rally women who otherwise might not have had the motivation to propel themselves forward and into the unknown careers in which they excel.

I salute the women I work with and I also salute the men who are able to recognize that together we can make the future brighter. We Can Do It!

Special thank you to Stephanie Toone of the Atlanta Journal-Constitution for recognizing the importance of Rosie the Riveter and not letting her passing be ignored.

Meet Our TeamTRINDGROUP
RELATED POSTS
I Don’t Know About You but Here’s to Hoping April Showers Bring May FlowersAdminApril 1, 2020April 1, 2020 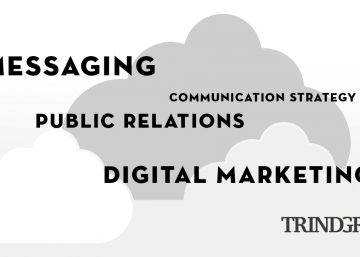 March didn’t start out like any other month. My trade shows began to cancel and... 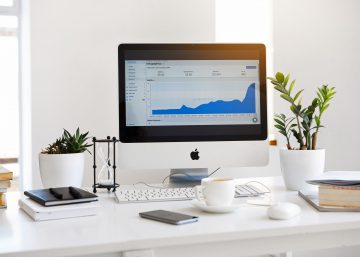 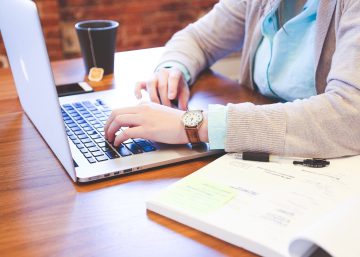 Whether you are an intern, a college graduate just entering the workforce or a seasoned... 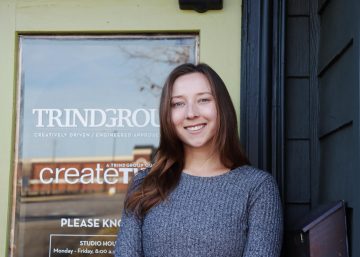 We are excited to welcome Grace as the newest addition to the TRINDGROUP team! Grace...

This site uses cookies to improve your experience. Read more.